Civics Academy is a not-for-profit civic education initiative. Launched at the Nelson Mandela Foundation in 2016, it aims to inform and to strengthen democratic values and responsible citizenship, through free video and audio content as well as other learning resources. 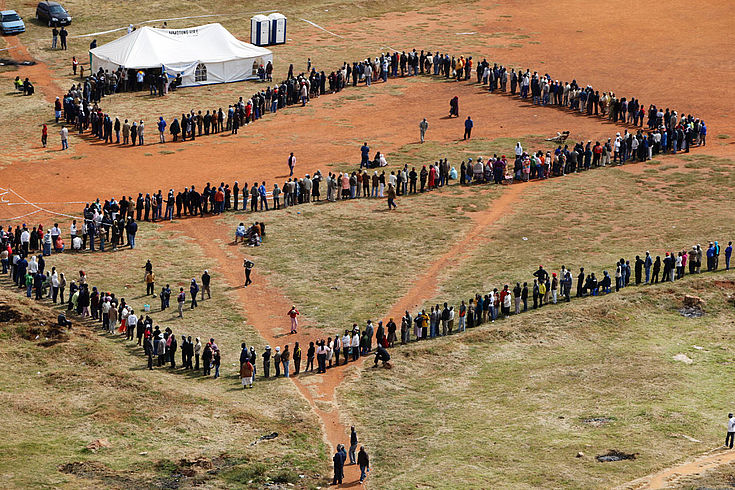 Voting during the first democratic elections in South Africa in 1994

A civic educated society is a crucial element of every stable and prosperous democracy. Democracy in South Africa is still very young and sometimes fragile, as experienced during the July violence last year. The low voter turnout in the 2021 local government elections is also a warning sign that many young adults no longer regard elections as a suitable means of expressing their wishes and needs. However, young people in particular have the difficult task of defending and developing the political achievements.

Civic education becomes therefore a crucial tool to fulfill the promises of our modern Constitution to all South Africans. Civic education empowers us to be well-informed, active citizens and gives us the opportunity to change the world around us. It is a vital part of any democracy, and equips citizens with knowledge about our democracy and our Constitution.

Against this backdrop the Hanns Seidel Foundation initiated and developed the Civics Academy as an accessible not-for-profit online education initiative for South Africans. The project, which was launched at the Nelson Mandela Foundation in 2016, aims to inform and to strengthen democratic values and responsible citizenship, through free video and audio content as well as other learning resources.

There has been growing interest in the work Civics Academy has been doing, with the educational content attracting the attention of prominent institutions in South Africa, such as the Electoral Commission of South Africa (IEC) and the Department of Higher Education and Training as well as valuable civil society organisations involved in educational initiatives.

Civics Academy reached an important milestone by signing a collaboration agreement with the Electoral Commission of South Africa (IEC) on an extensive capacity building project in preparation for the 2024 national and provincial elections. The project entails 2-day train the trainer workshops, for more than 500 local electoral project officers in South Africa’s 9 provinces and will take place between August and October.

This complements the work Civics Academy has been doing with the Department of Higher Education and Training (DHET), in Technical and Vocational Education and Training (TVET) institutions. Together with the DHET, the Academy developed a Lecturers’ Guide for the teaching of civic education content in the Life Orientation curriculum, using Civics Academy’s videos. Civics Academy has trained more than 400 lecturers from the 50 TVET colleges nationwide on how to use the  “Facilitating Active Citizenship” guide in class. This year the lecturers will be using the guide to deliver their lessons on citizenship in a fun and interactive way. The guide can be downloaded here:

Moreover, in June 2022, Civics Academy launched a free online course on Local Government in South Africa. The course consists of 11 modules, covering topics around municipal structures and services, the role of a municipal councillor, local government budgets and how to participate in municipal processes. Each module starts with a short animated video clip from the Civics Academy Local Government video series. After watching the video participants get to answer a multiple choice quiz to test their knowledge. By passing the online course, you can be issued with a certificate of completion. The course is open to the general public and can be accessed via the Civics Academy website: