Highly anticipated new study published
Exploring the impact of #Covid19 in Africa: a scenario analysis to 2030

This is the title of a new study just published with HSF support. The 10-year forecast analyses different scenarios for the health and economic impact of #Covid19 in Africa. It also outlines practical recommendations for building resilience and reigniting much needed economic growth. 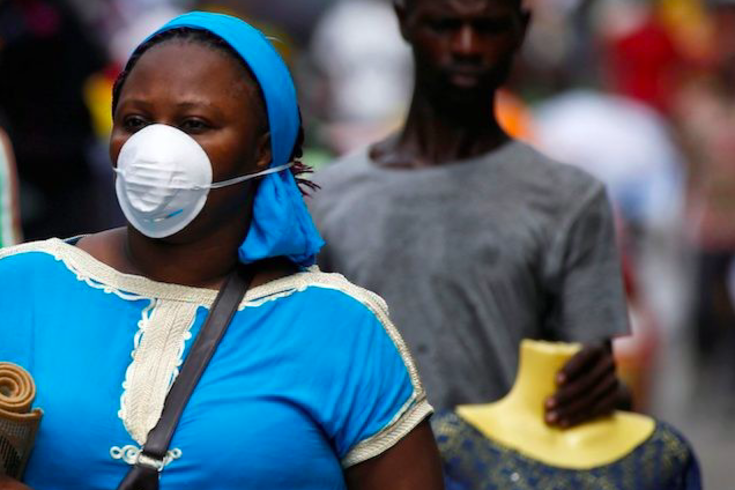 The highly anticipated new study drafted in an interdisciplinary cooperation of experts from diverse institutions was met with keen interest when it was launched in an insightful panel discussion with hundreds of particpants online.

International media are reporting key insights. "Deutsche Welle", who also interviewed lead author Dr. Jakkie Cilliers in Pretoria, published a detailed article and announced that it will report in 6 languages on the findings of the study (Amharic, French, English, Hausa, Kiswahili and Portuguese), using radio, TV and its social medis channels as well. Deutsche Welle has a weekly audience of about 62 Million in Sub-Sahara Africa and has noted a significant increase of its audience since the beginning of the Corona crisis.

The Institute for Security Studies in Pretoria is a longstanding partner of the Hanns Seidel Foundation in South Africa and together with the Gordon Institute of Business Science in Johannesburg one of the leading institutions in the collaborative research project behind the study.

On the eve of the launch, the ISS released this informative media statement about the publication:

Death, debt and opportunity: cost of COVID-19 in Africa

A new 10-year forecast of the pandemic’s impact shows how countries can build resilience and recharge economic growth.

Pretoria, South Africa – COVID-19 has created a human development crisis in Africa but is an opportunity to accelerate infrastructure investment and economic reform to boost the continent’s prospects when the pandemic subsides.

Crowded informal urban settlements have made physical distancing difficult and may make Africa particularly susceptible to COVID-19. This is exacerbated by limited access to safe water, undernourishment, poorly funded health systems and underlying health conditions like tuberculosis (TB) and HIV/AIDS.

Forecasts of infections and deaths vary widely, but the social and economic impact of the pandemic is already being felt and may trigger a series of debt crises, says a new report by the Institute for Security Studies (ISS), Gordon Institute of Business Science (GIBS) and Frederick S Pardee Center for International Futures. The research was funded by Humanity United and the Hanns Seidel Foundation (HSF).

‘The study comes at a very important time and is the first comprehensive long-term forecast of the health and economic impact of the pandemic on Africa up to 2030,’ said Markus Ferber, Member of the European Parliament and HSF Chairman. ‘Africa will be extremely hard hit, but the crisis also offers an opportunity for a sustainable economic transformation. These insights are valuable for the EU-Africa summit in October. It is in Europe's own interest to support Africa in its crisis management.’

Mortality rates are to date significantly lower than other regions of the world, probably due to Africa’s younger population, but community transmission is accelerating. Considering forecasted rates of infection, COVID-19 is expected to have a relatively low mortality. Between 350 000 and 1 450 000 additional deaths may be due to COVID-19 in 2020, but likely much less thereafter.

The study concludes that direct and indirect COVID-19-related mortality would result in between 1.8 and 5.3 million additional deaths in Africa by 2030. Currently about 700 000 Africans die from AIDS, and slightly fewer from malaria every year.

Indirect mortality generally results from lower government revenues and reduced health spending. With Ebola in Guinea, Liberia and Sierra Leone from 2014 to 2016, resources diverted from basic health care prompted increases in malaria, HIV/AIDS, TB and maternal mortality. If the same happens with COVID-19, then HIV, TB and malaria deaths may increase by up to 36% in Africa over five years.

Government revenues in Africa are estimated to drop in 2020 by US$45 billion from the pre-COVID forecast, and the report calculates that public and private health expenditure will decline by US$3.7 billion. Economic recovery is likely to be gradual after lockdowns in Africa are fully lifted, worsened by an expected collapse in tax revenues and falls in employment and household income.

Economic contraction is compounded by many African countries’ high levels of debt. Costs of servicing debt have increased to roughly US$40 billion annually, driven higher by depreciation of many African currencies in 2020. COVID-19 is thus likely to trigger a debt crisis and potentially a default by some countries.

On average, debt is expected to increase by about 4.4 percentage points of GDP in 2020. Debt suspension or cancellation would be a powerful tool to supplement African countries’ efforts to deal with the pandemic and help their economies towards recovery, the report says.

The contraction in African economies will likely see a rise in foreign aid’s contribution to GDP. Africa will for several years become more dependent on aid, and faces the conundrum of having to spur domestic investment while constraining public expenditure.

The proportion of Africa’s undernourished population is set to increase, and infant mortality will by 2030 be three times higher than the UN’s 2030 target in the SDGs.

Beyond emergency policies to fight the pandemic, there is a need to build resilience and improve long-term growth prospects by spending more effectively on health, investing in basic infrastructure and driving economic transformation.

Urbanisation has seen the rapid growth of informal settlements without the basic infrastructure to cope with a large influx of people on top of natural population growth. Africa’s urban population is forecast to more than double by 2050, adding more than 800 million people to its cities. The pandemic presents an opportunity for African countries to make provision of water and sanitation a focus of their economic recovery stimulus, and improve a range of development indicators in the process.

COVID-19 may accelerate a digital transition and facilitate technology leapfrogging to a more sustainable economy fueled by renewable energy. Modern technology can help to overcome much of Africa’s basic infrastructure gap. This is through a combination of smart metering, big data, geolocation and the internet of things to establish smart grids and solar home systems, map sanitation facilities and water points, mitigate peak traffic and manage waste.

COVID-19 also underscores the importance of accelerating structural transformation towards labour-absorptive growth of formal sectors, and economic diversification away from reliance on commodities.

Click here to read the full report: Exploring the impact of COVID-19 in Africa: a scenario analysis to 2030.

For more information and interviews: